Lyla Poppy is our 3 year old daughter, she’s faced many hurdles in her short life and unfortunately will continue too for the remainder.

See, Lyla was born with a neuromuscular condition, a condition so rare, despite the countless tests Lyla has undergone, it remains undiagnosed.  Lyla’s whole body is affected by this unknown condition, her most severe issues involve her brain, respiratory system and spine, these things combined (and even separately) will result in a shorter life expectancy for Lyla, due to this Lyla was put under palliative care at 6 weeks old.  Lyla’s brain malformation affects her in the way that she physically cannot do many things many children her age can do.  Lyla cannot roll, sit, talk, stand, or even eat orally, she has very tight arm and leg muscles and weaker neck and trunk muscles, she even requires non-invasive breathing support overnight. 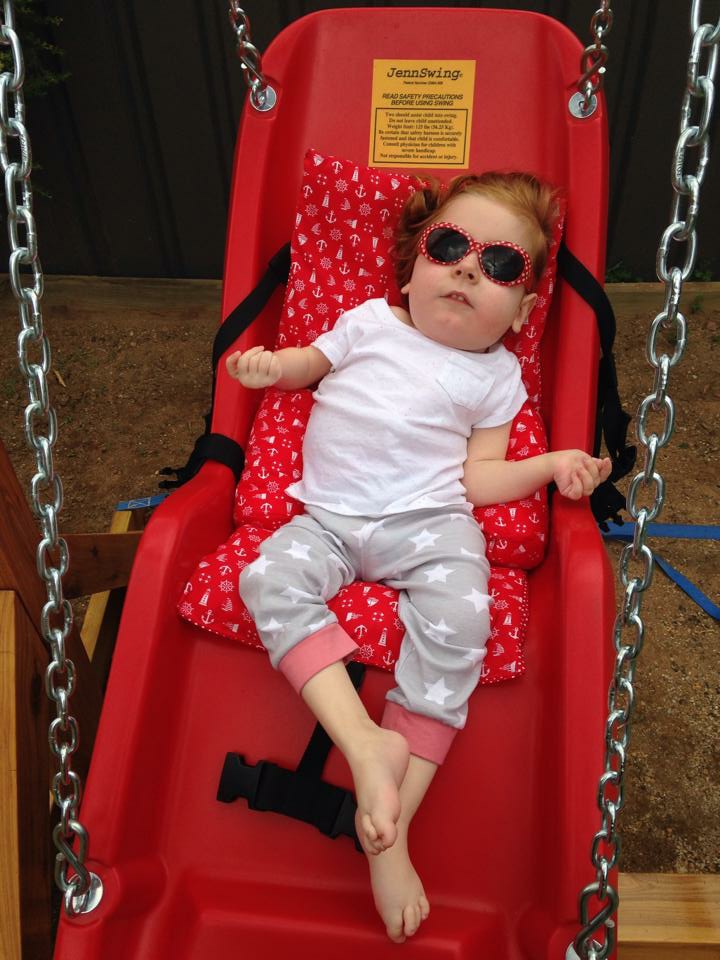 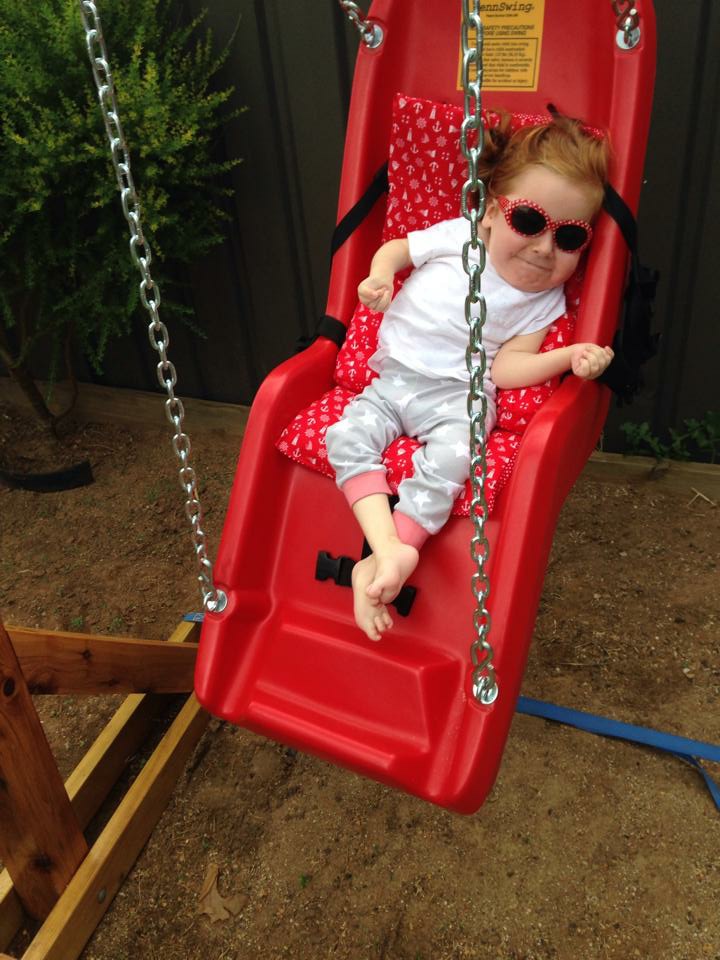 Our goal for Lyla since her birth, when we found out of her disability, was to make sure her life was full of love, happiness and new experiences… Why should she have to miss out just because she could not physically do something? One major area we have struggled with was being able to comfortably include Lyla in outdoor activities, simple things like playing on a playground, something many people take for granted.  Because Lyla is unable to support herself, standard play equipment, like a swing, is not something she can use.  A couple of years ago my aunty mentioned the JennSwing to me, a full body swing suitable for children with special needs who require that extra support, it was exactly what Lyla needed.  That Christmas family gave Lyla money to put towards the swing.  Over the next year we were lucky enough to have friends take part in Adelaide’s City to Bay fun run, creating “Team Lyla” and raising money for Lyla and the things she may require in the near future… The swing was one of the goals and we managed to reach and bypass the target.  Life got in the way and with up to 4 therapy sessions a week, multiple hospital appointments a month, a few hospital admissions, and general everyday business, purchasing the JennSwing was put on the back burner. 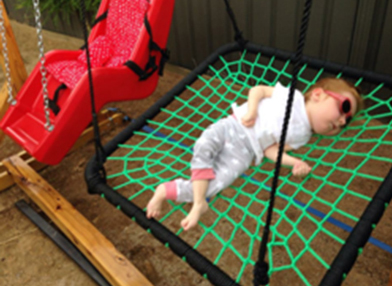 For Lyla’s 3rd birthday, in November 2014, Lyla’s great-grandfather and his friends from the Tea Tree Gully Men’s Shed built a beautiful wooden swing frame for her, this kicked me into gear and I found an Australian company who sold JennSwings and finally ordered it, along with a nest swing and both arrived within 2 days!  Lyla now has the freedom to spend more time outdoors, in something that is suitable, safe, and fun for her as she is getting the sensory input she enjoys.  We would love to see JennSwings in public playgrounds for children who have additional needs, who may not be able to afford, or have the space for their own at home.  No child deserves to miss out.